We at House of Twelve and the NYC Comic Jams are saddened by the loss of Marc Wilkofsky, he was a strong supporter of our community and we wish him well on his journey across the universe. We will have a more full comment Monday afternoon (11/26), at our main page: http://Houseof12.tumblr.com. Thank you for your support.
Posted by Cheese at 9:12 PM No comments: 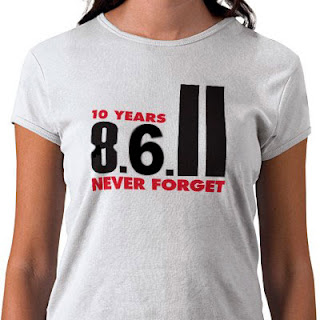 AUGUST 2001: You remember those halcyon days of innocence, don’t you? The world was at relative peace. Comics were still printed on paper. And “blog” was just a funny word you said once when you were high. It was into this world, at that very time, that the NYC Comic Jam was born!

YOU’RE INVITED TO CELEBRATE THE 10TH ANNIVERSARY OF THE MIGHTY NYC COMIC JAM!

Things have changed a lot over the last decade, so we’re proud to say that the Jam has ever remained a stalwart stewpot of good fellowship, merriment, and graphic depictions of sentient genitalia. See how fast you can abuse the drink specials! Test your mad skillz on the Jam Wall! Hobnob, mingle, get down and have fun as we pat our ten year old prodigy on the head and tell it that we love it in spite of itself!

As always slightly more info and stuff at http://www.nyccomicjam.com

Please share this invite will all your friends, the more the merrier.
Posted by Cheese at 3:46 PM No comments:

Lately I've been thinking, since I've turned the main site into a blog, there's no real reason to keep this one. But, I need a crutch to get me past my recent OCD attacks that leaves me stuck in front of the Playstation for a week (damn you, Yakuza 3). For years I've been thinking I needed something to kick me in the ass, a production journal that might shame me into working more. A project to help focus my projects. So, here it comes, The Cheese Log.
Hollow Earth, Chapter 2, Preproduction.
Our story starts a few weeks back: I'm starting to plot out the second chapter of the House of Twelve story, Richard Sharver and the Hollow Earth, for issue four of the digital comic, House of Twelve Monthly/Quarterly.
In the story so far, our hero, Pennsylvania steel worker Dick Sharver has been visited by the mental projection of a creature living deep within the Earth. Calling himself BooBeri, the alien tells Dick that his race has been enslaved by the fat, evil, naked, blue baddies the Fearo, and that it's up to Dick to come rescue them.
This second chapter has Dick starting his trip in his 1965 Impala. He stops for supplies and has more discussions with his new, inner-alien pal on the way to the state park he has been told to search for an entrance into the Hollow Earth realm. Sounds simple enough, no serious action, maybe a few gags, and mostly more exposition about the two characters. But then, of course, comes actually doing it.
I started out sketching some page layouts, deciding where I want the page beats and how long the story's going to be to fit all the ideas (or at least most) that I have in my head. Along the way I edit out some bad ideas, add worse ones, and add the bad ones back, smoke a lot of cigarettes and get drunk a few times. It takes about 2-3 weeks to get a first draft outta me.
There's no real script at this point, but some ideas scribbled onto the page layouts. I used to be much more formal when coming up with scripts, I would spend years tweaking scripts, making sure everything was perfect. That was a huge mistake. In the end it cost me several ideas that were eventually done by other people (fuck you, Kick-Ass) and I would work on things over and over until I hated them, thus losing interest. For me it's better to keep moving forward, if I get stuck in the mud I'll lose it.
As I looked at the layouts, I began worrying about the car Dick drives, the Impala. It's in nearly a quarter of the panels and like a lot of comic artists I know, I can't draw a car to save my life. I don't know why it's always cars, but I can think of 5-10 'name' guys who can draw a Jem'Hadar fighter from memory, but can't draw a Datsun. Fucked up, I know, but true.
This was one of the main motivators behind me buying the full (EX) version of Manga Studio. Unlike Manga Studio Debut (which I recommend you try because it's dirt cheap) MS-EX has the ability to import 3D models and place them on pages as line art. Thanks to Google's Sketch Up 3D warehouse, I was able to find the exact year and model of the car I wanted. It took some finagling to get the file into a format MS-EX could read, but once it imported correctly it's worked like a charm.
After the model is imported I can move it around in the space using any angle I want, even modifying the camera to distort the image and create some pretty dynamic perspective options. When placed, I can convert it into a blue-line sketch, add in what other elements are in there and use that as a guide for a finished pencil layer, ready for inking. After futzing with it for a a couple of weekends, it all ended up working a lot better then I had ever expected it to.
The next thing I was concerned about was getting details about the period setting right — storefronts, highways and clothing especially. I needed to do some research. Flash to 1985: Little Cheese is talking with his illustrator grandfather about how artists should keep image libraries. File cabinets of magazine clippings, newspaper photos, archives of reference material, entire rooms dedicated to having the right picture of the Colosseum for the whatever job may arise. For a time in the 80s and 90s I tried to keep one myself, before too long it was more then a little unwieldy. Flash to 1995: My first real access to the internet. Flash to 10 minutes later: Me throwing each and scrap of my archive out.
With very little Google-Fu, within an hour I found some dude's collection of high resolution scans of postcards of the Pennsylvania turnpike (circa 1964), an entire group of women scanning clothing catalogs from Sears and J.C. Penny's from the mid-sixties (cross-referenced by model and designer, this was some OCD super-nerd shit going on here), and piles of photos focusing on the rise of the strip mall throughout the rust belt.
Now, I was ready to actually draw the fucker.
To be continued!
Posted by Cheese at 12:55 PM No comments:

Finally, House of Twelve Monthly #3 is being released

Hey, look! Another House of Twelve Monthly is coming out January 12th, 2011! Sweet!

That's right, issue #3 of Ho12's ongoing anthology series explodes onto the Comics app by Comixology (available for your idevice or on the web! Now available for Android too! But I have no idea how to link to their app marketplace!).

This issue kicks off with the continuation of Miss Lasko-Gross' epic sci-fi story, "Henni," (which first appeared in Ho12#1) in which our freethinking, native monkey-girl learns more about her oppressive society, and her place in it. Then, Sam Henderson's Robot Duck from outer space has some questions on human sexuality that need answering, immediately. Also, Darryl Ayo redefines superhero teams with, "Ghost," and we close out this month with Xeric winner Nick Jeffrey retelling a harrowing tale of midwestern terror with gags; all wrapped in a lovely Dave McKenna cover. It's really a nice package.

Also available for $1.99 is the beautiful House of Twelve #2 with stories by Fred Noland, David Paleo, Dave McKenna, Kate Lacour and Cheese Hasselberger.

And as our gift to you this holiday season, starting next week, House of Twelve Monthly #1 will be FREE!!

So you really have no excuse not to sign on to Comics.comixology.com and check it out.

Check out more samples after the jump.

Start out the year right by coming out and drawing some dick jokes!
January 6th, 7 pm
Jack Demsey's Pub
36 W. 33rd St., downstairs
Posted by Cheese at 3:48 PM No comments:

Boners.
Posted by Cheese at 2:10 PM No comments: