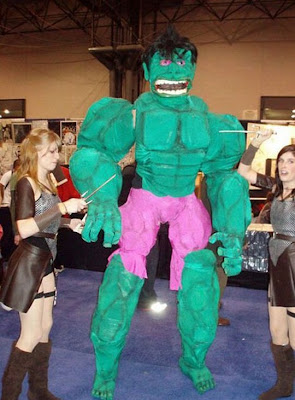 D for effort.
Once more, my brothers, once more we cast ourselves into the night in search of spirits and ahrrrt. We shall start our hunt at Jack Demsey's Pub, where in the basement we shall find a murder of nerds, scribbling away making penis and flatulence jokes by the bushel. It is, the New York Comic Jam! Come one, come all — experience the thrill of live comic book action, the likes that have never been seen before!
Thursday, July 1, 7 pm - 11ish
Jack Demsey's Pub
36 West 33rd Street, in the basement
New York
Bring your pencils, pens and snuff!
New website coming soon!
Posted by Cheese at 3:47 PM 2 comments:

In about 1996 (97?) I went to the secret indie cartoonists beach party at the San Diego comic con, it was pretty good, big fire, beers, etc. While there someone came running over waving around a book asking if anyone had ever seen it before. It was a copy of The Real Deal. "Of course," I told them, "Fuck Berlin, The Real Deal is the best comic in America!" I was told moments later that Jason Lutes, creator of Berlin, was standing behind me. To this day I stand by that statement.
About five years ago I got in touch with one of the creators, RD BONE and eventually exchanged a few emails with them about getting some issues to sell at cons, he claimed most of them were destroyed by a flood some a few years earlier, but he'd look around. I never heard back and Ho12 books got in the way and I never fully pursued it, much to my disappointment.
In 2008 the guys over at ComicsComics got a hold of Real Deal co-creator Lawrence Hubbard, and started selling the books at shows and the response has been unbelievable, people love the Real Deal.
last week at the Los Angles event, Art in Time, Johnny Ryan got up on stage and interviewed Hubbard about the Real Deal story and the comicscomicsmag.com guys taped the whole thing. It's pretty great, check it out...
L.A. Rumble
In the interview Hubbard mentions that he's revamped the RD website, which I encourage you to go to and spend, spend, spend. He claims if there's enough of an interest issue 7 & 8 mightsee the light of day, which would be a dream come true. He also says he might do the Small Press Expo in September, at which Ho12 is a regular exhibitor. If that's true, I'm fucking psyched.
www.realdealcomix.com
UPDATE:
Here's a video of the discussion.
Posted by Cheese at 2:12 PM 1 comment:

On a lighter note, it's JAM week, Bub. 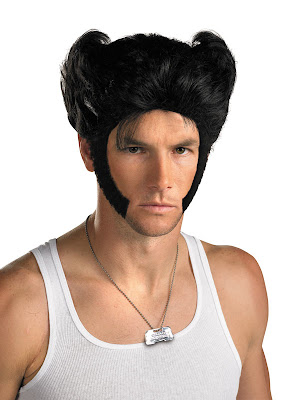 Yes, it's the first week of the month and you know what that means... It's jam time! Wheeeeeee!
Thursday, June 5th, 2010
7 pm - 11 pm
Jack Demsey's Pub
36 West 33rd Street, in the basement
New York, NY
Be sure to check out the Facebook page for updates, events, discussions and up to the second House of Twelve news.
Posted by Cheese at 8:05 PM 1 comment:

Here's a funny story, remember last week when I said that Ho12 Monthly was coming out? Yeah, well that didn't happen, crazy! Seems Apple Standards and Practices has a problem with Victor Cayro's story, The Mazk, and we're going to have to cut it from the issue.

I can't say I'm too pleased with this. Apple has a rule about comics depicting torture, which I understand, and agree with. I think they're trying to avoid something like the Human Centipede in comic form. I get that, but Victor's story is like Bugs Bunny for adults. In Cayro's story the main character is forced to strip and lick his own blood off of a car's bumper. Technically, these are acts performed under duress, which would classify them as torture, but taken in the context of the whole piece, it's a little silly to call it that.

I've been Victor Cayro's publisher for about five years and I understand that his work can be jarring to people. It's often disturbing, violent, overtly sexual and grotesque — and that's the point. He sees the world for what it is and he doesn't suffer fools who would candy-coat it, mocking them openly through a palette of pop-culture references and day-glow colors. He is, I believe, the finest artist working in comics today and it's a shame Apple has chosen to reject the strip.

Nonetheless, we will suffer on, Cayro will have another story in three months and we'll just have to cross our fingers that it'll meet Apple's muster. In the meantime, Ho12 Monthly #2 will be out ASAP with new stories from Kate Lacour and myself, as well as some selections from the Ho12 archives. 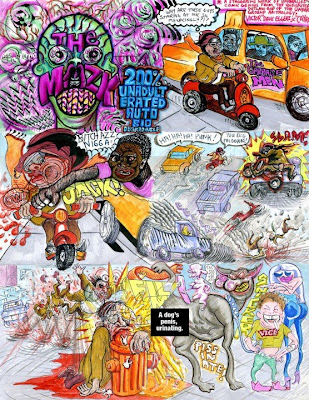 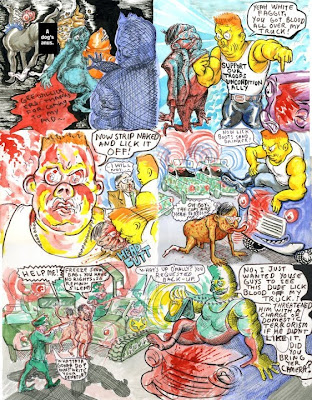 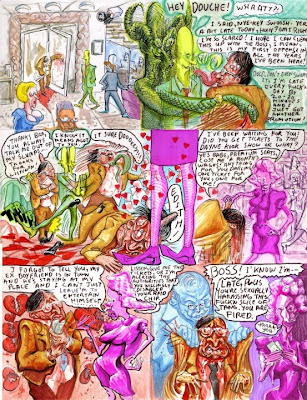 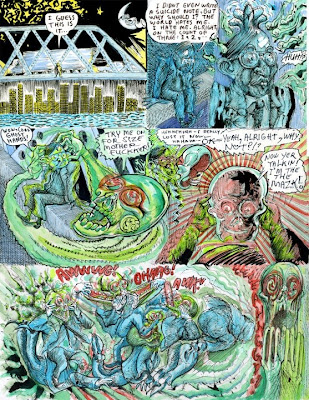 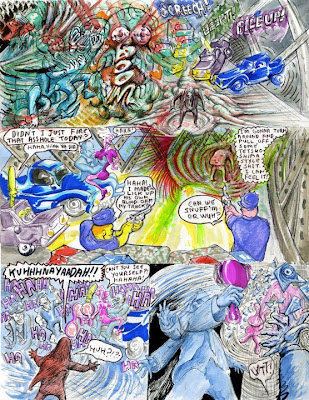 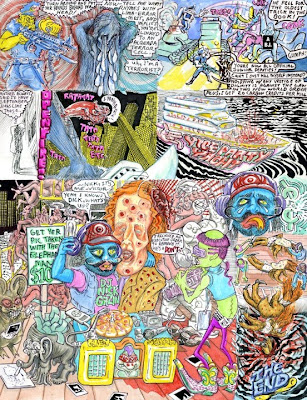