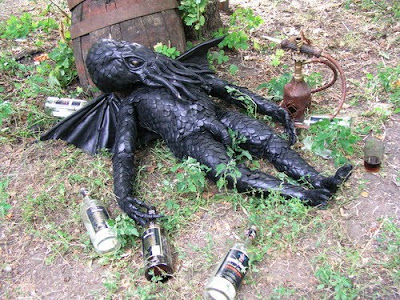 C'thullu after his visit to the Ho12 Comic Jam, June 2006
So here we are again. It's another month and it's time for yet another Ho12 Comic Jam. I was asked the other day if I ever considered giving up the Jams. "No," I replied, "because like a giant, slobbering retarded 50 year old with the intellect of a infant, the Jam is my child, and no matter how much I resent it for destroying my figure (I was very attractive once, y'know) or fucking the cat, I cannot just leave it in a dumpster, it is my love and my burden." Sweet, no?
Anywhoo, same Bitch-time, same bitch-channel, the Ho12 Comic Jam, fun for all ages (over 21 only)!
The Ho12 Comic Jam
Jack Demsey's Pub
36 West 33rd Street, NYC, NY, in the basement
Thursday, March 4th, 2009
7 PM til 11ish.
Posted by Cheese at 7:34 PM No comments:

It's done. Jesus, it's been like training cats to play water polo, but we finished the fucker.
News next week on it's release dates, updated Houseoftwelve.com, story previews and other goodies.
Also, Jam is next week, so YAY!
Posted by Cheese at 2:49 PM No comments:

I was pretty stuck with a cover idea for the first Ho12 cover. The first book has comics from four of my favorite cartoonists and I wanted to create something that had at least something to do with one of the strips. I really liked Darryl Ayo's story about folks with x-ray vision a lot, so I started mulling that one over.
Dave McKenna, Amy (my better half) and I were at Maxwell's in Hoboken seeing a show by Brian Musikoff's old band, Friends, Romans, Countrymen when I was struck like a bolt from the blue. I typed up a note on my phone, screaming out much like Spock in 'The Devil in the Dark.'
Xray eyes!
white and color on black!
chakra lines!
energy waves!
The next day I came up with this doodle. 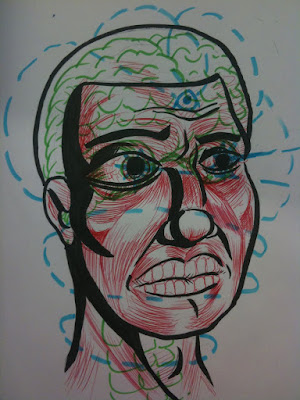 Sort of an "Alex Grey meets Ayo" sorta thing. I thought it was kinda neat, so I moved on to the next phase: actually drawing the fucker.
A few days later I drew out each layer separately while watching Hill Street Blues on Hulu — that show holds up like a motherfucker. 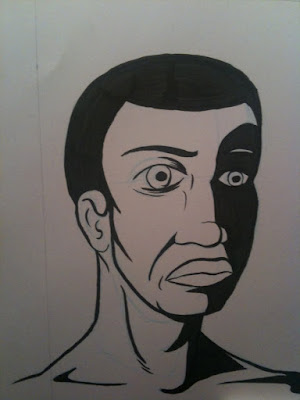 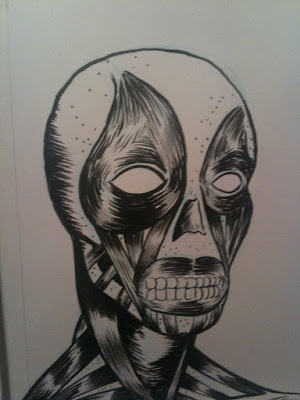 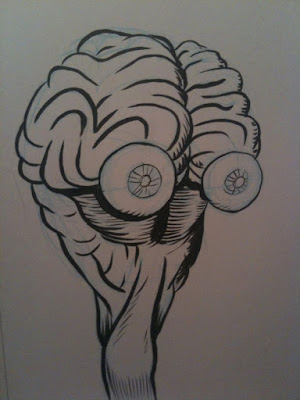 I should point out that these are obviously not scans, but iPhone pictures. Y'see, I started conceptualizing the cover while I was at the office and they were the best I had. I'll scan the art for the final. They cleaned up just fine for my needs. Anyways...
So, I colored the layers and thinking about how I wanted to present them. After monkeying around with it for a while I came up with this: 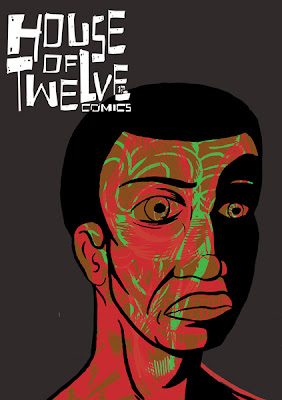 "So far, so good," I thought, but a little jumbled. It was kinda hard to see what the fuck was going on, so I ran through a variety of configurations. 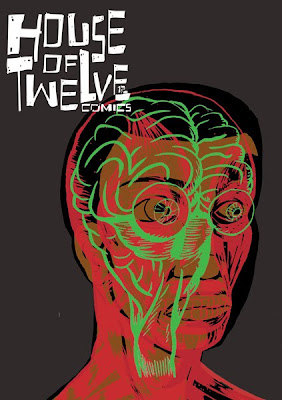 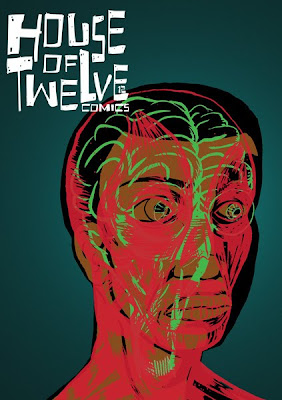 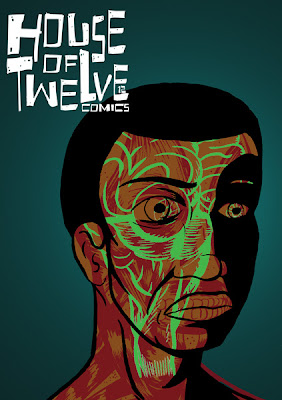 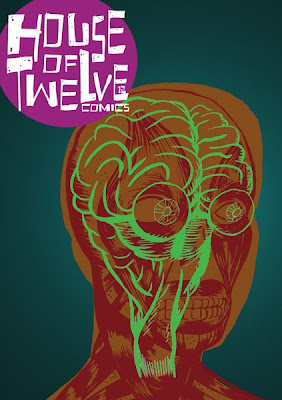 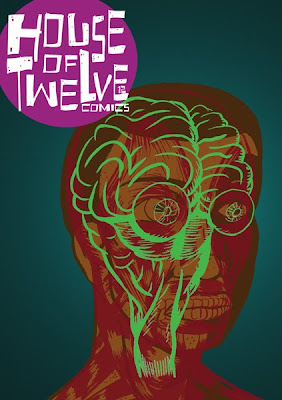 I'm a few hours away from a final design, and I still have to scan the art and replace these iphone pic stand-ins, and add in some 'energy lines' (time to break out the Spirograh!), but I figure by sometime tomorrow we should be good to go.
Posted by Cheese at 2:00 PM No comments: 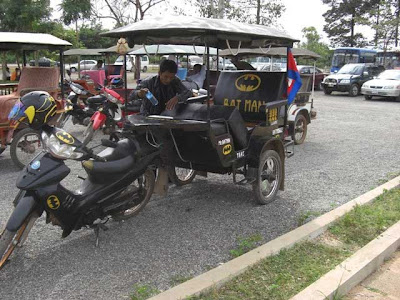 Fuck, I nearly forgot to announce this. Things are hectic, I am working on getting the first collection of stuff for the iphone project together and trying to create a new website for it as well, all while working full time and trying to get the Batmobile up and running (as seen above).
Regardless, here it is, yet another in a long line of Late Ho12 Comic Jam announcements.
Details are as usual:
February 5, 2010
Jack Demsey's Pub
36 West 33rd, in the basement
New York, NY
7 pm until 11ish
Bring pencils, pens, paper and proboscises (for the farts).
Posted by Cheese at 12:49 PM No comments: